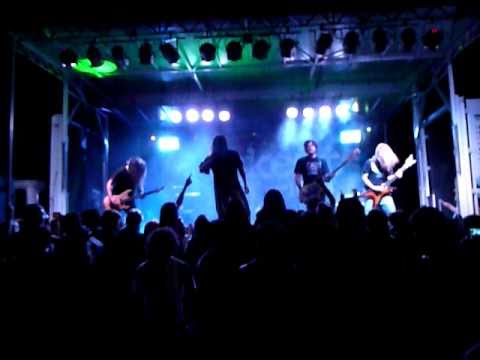 "GATES ARE OPEN! The crowd has started rolling in here at McDonald Park in #Wagga Come down and see some great curtain raiser Rugby. #Brumbs2016 #battleforwagga" (instagram)

A Course of Action Part 23 - Here’s one I prepared earlier!

"McDonald Park in #Wagga is looking fantastic this afternoon. Make sure you get down at 3:30 for our open Captains Run. 🐴💪 #Brumbs2016 #battleforwagga" (instagram)

"@brumbiesrugby will be holding an open Captains Run this afternoon at McDonalds Park in Wagga Wagga from 3:30. All are welcome!" (instagram)

Raised but disowned and happy

Saturday 4 July 2020
Eden-Monaro by-election
ListenListen with webReaderFocus
There will be in-person and postal voting options available for this by-election and it is important to plan how you will cast your vote according to your personal circumstances. Information is available for People with disability or mobility restrictions.


Do I need to vote in the by-election?


Who are my candidates?


Where can I vote early?

If you are eligible and unable to cast your vote on by-election day you can vote at an early voting centre.
Opening dates and times vary, so please check the details. All times are in AEST.


Alternatively you can vote at the following divisional offices

If you are unable to get to a polling place you can apply to vote by post.


Where can I vote on by-election day?

Polling places open at 8am and close at 6pm sharp.

Yass Memorial Hall
Polling places will not be available outside the electoral division of Eden-Monaro on by-election day.

The AEC maintains a register of people who may be offered temporary work during elections, including by-elections. If you wish to be considered for work for the Eden-Monaro by-election please submit an online registration of interest.

Political parties, candidates and others involved in the election process are likely to distribute campaign material outlining policies and recommending who to vote for. These political campaigning activities are an important part of the election process, enabling voters to appropriately inform themselves ahead of casting their vote.
As with all communication it is important to stop and carefully consider whether the campaigning material you receive is reliable, current and safe. Who you vote for is entirely your choice.

The AEC is factoring in the rapidly changing COVID-19 environment into our provision of voting services and throughout the broader by-election process.
For this by-election, we are implementing a range of safety measures, consistent with advice sought from government health authorities. This will include guidance for voters regarding appropriate social distancing and hygiene in the polling place. Hand sanitiser will be available and voting screens will be regularly cleaned by AEC staff.
Updated: 18 June 2020

The Big Game-2: In the Chamber of Secrets.

Now anyone can move to Australia

Edit: for all the people concerned about the salary requirements (I got few PMs), do your research on seek.com.au. Almost all jobs nationwide are there with salaries. $55k is very basic salary in Australia. No need to worry. Cleaners and unqualified factory workers make more than that. Some office admin positions - low skilled - may pay less than that.
Edit: For those asking what is a regional area and what isn't, Home Affairs explains it well here
https://immi.homeaffairs.gov.au/visas/working-in-australia/regional-migration/eligible-regional-areas
Have you seen the new policy changes announced today? This could be exciting for many people. 3 years in regional area is not that bad for permanent residence. Then you can move anywhere after that. For a young person this could be a great option.
Not sure if links are allowed here so search on ABC.net.au for : Federal Government launches new visa scheme requiring migrants to live in regional areas
This is an excerpt:
Aspiring Australians have been given a new way to realise their dreams — but there's a catch.
Key points:
New regional visas have launched this week, giving migrants in more occupations a chance to stay in Australia
Previous attempts to convince migrants to stay in regions have struggled for success
NSW is not ready to roll out the points-based visa and critics argue salary rules are too tough
Migrants need to commit to life in regional Australia for at least three years, according to the rules of new visas launched this week.
But if they can become part of a regional community, it opens to the door to permanent residency for overseas workers from a wider range of occupations than before — including real estate agents, call centre managers, actors, historians and even kennel hands.
Citizenship is generally available to migrants after four years on a permanent visa.
Immigration Minister David Coleman said Sydney, Melbourne and Brisbane were suffering significant population pressures, while smaller cities and regional areas were desperate for more skilled workers.
"By requiring migrants to live and work in regional areas for three years before they can get permanent residency, we are encouraging them to put down roots and settle in these areas long term," he said.
"That is what our smaller cities and regional communities need."
Small-town life
For some, like animal health researcher and recent migrant Forough Ataollahi, small-town living is not a problem.
"My friend kept saying you will get bored in Wagga because there's nowhere to go, none of the activities to do," she said.
"But when I got here, I fell in love with Wagga."
Although Ms Ataollahi has settled and is looking to buy a house, Professor James Raymer argues she is an exception.
Migrants in a regional or remote area have a "very low chance" of staying in that area, he said, and this pattern has been "very consistent over time".
Professor Raymer has led a team of Australian National University researchers to collect and refine almost 40 years of localised immigration data.
"Most migrants will leave [a region] within a five-year period — over half, if not 70 per cent — and if they're going to stay in Australia they're going to go to one of the big cities, probably Sydney or Melbourne," he said.
"What we actually see in the data, the chances of them leaving remote and regional areas has been increasing for a lot of the newer migrant groups."
New laws will give these new regional visa holders similar access to welfare and government services as permanent visa holders.
Together with the incentive of permanent residency, the Government hopes it can convince migrants to stay — even after they secure permanent residency and geographic restrictions no longer apply.
 
PHOTO Great Southern Electrical managing director Shaun Duffy has found it difficult to retain staff on visas.
ABC NEWS
Shaun Duffy, who runs Great Southern Electrical in Wagga, has found the migrant workers he has recruited often end up in the major centres, particularly the younger ones.
"Because we require technically trained people, it's quite difficult to get university-trained people or even vocationally trained people to stay in regional areas," he said.
"Infrastructure and services are the biggest things, particularly for people that are a little bit older, that are looking at raising a family here."
Rachel Whiting, chief executive of the Riverina Regional Development Australia office, said people generally want to go where there are better facilities.
"We try to encourage business to be really clear about what's in their location and assist migrants like they would any new employee to find their place and support them in resettlement."
 
PHOTO Riverina RDA chief executive Rachel Whiting is hoping migrants on new visas stay.
ABC NEWS
Rollout concerns
Some have identified hiccups in the rollout of the new visas.
The Northern Inland NSW branch of Regional Development Australia (RDA) — one of the country's many regional visa certifying bodies — revealed last week that the NSW Government has delayed commencement of nominations for the new points-based regional visa "until early 2020".
The Riverina RDA also confirmed it had not been given permission to launch in line with the availability of the new visas.
A spokesperson for NSW Treasury said "the NSW Government is carefully considering the nomination process for this new visa" and they will provide an update "at the appropriate time".
Even if migrants make it through three years in a regional town, another hurdle looms when it comes time to apply for a permanent visa.
The Migration Institute of Australia has criticised the decision to require regional-based migrants to earn $53,900 a year in order to qualify for permanent residency.
"While the Government is telling regional Australia it is listening to concerns about skills shortages, they are going to make it as hard as possible to fill them," institute president John Hourigan said

Wagga Wagga’s new Main City Levee Bank was officially opened today marking a significant upgrade to one of the city’s most important pieces of infrastructure. Works on the $23M project were completed in early March 2020 with the levee now capable of protecting the city against a 1 in 100 year flood event. The opening was performed by Mayor of the City of Wagga Wagga Councillor Greg Conkey ... Opening Hours We love to showcase our work and most of our venues are open on a weekly basis, however every now and then we like to do something special. These are our opening hours, but our special events can be found on our Upcoming Events page. Station Museum Station Place, Wagga Wagga NSW 2650 […] Don’t miss out on the latest… Don’t miss your chance to win, receive special offers, attend community events, get the latest recipes. Sign up below. Your official guide to accommodation, things to see and do, places to eat and short drives around the Wagga Wagga region. Wagga Wagga, New South Wales, Australia. Opening Hours and Available Services. Regular Opening Hours Mon - Fri 10am - 6pm Sat + Sun 10am - 4pm : Available Services: At present the library is operating with restricted visitor numbers (100 max), fewer chairs and no physical newspapers. Online newspapers are available here. All returned items are being quarantined for at least 72 hours before they go back on the shelves, and shared ...